I have been training for a few years now and I have tried out A LOT of different pressing variations.

Its funny because even though I have tried out a lot of pressing exercises, I still wasn’t getting the results that I was looking for. The fact that I wasn’t getting the results that I wanted sucked because I wanted to bring up the size of my delts with vertical presses, but my overhead pressing strength wasn’t going up that fast even though I was doing a lot of different variations.

I was studying a lot of strongman competitors because they have some of the biggest shoulders in the world along with the strongest shoulder presses so I decided to take an even closer look at their training.

I started learning from the best of the best. I was looking at guys like Brian Shaw and Eddie Hall, but then I started researching the KING of vertical pressing who goes by the name of Zydrunas Savickas (also known as “Big Z”).

A quick search of Zydrunas on Wikipedia will show you that he has A LOT of log press records and he has actually pressed over 500lb overhead which arguably makes him the best presser of all time. He is a legend in strongman circles so you have to listen when people like Big Z share their secrets.

Luckily for the viewers, Big Z invented his own exercise called the Z Press which was actually one of his main assistance exercises for building up his legendary vertical pressing power. This was obviously not the only assistance exercise that he did and nor was it the one that he gave all of the credit to because there was a multitude of exercises and protocols, but its definitely up there for building strong bottom-half dead-stop power out of the hole.

At first the exercise looked a bit weird to me, but then I saw a lot of people benefiting from it such as my man Alex Leonidas (www.Outalpha.com) so I decided to give it a try because I really had nothing to lose. After only doing one warm-up set with 135lb I told myself that this is the best pressing exercise that there was and I am still doing it until this day.

Today I am going to give you 8 reasons as to why the Z Press is my absolute favorite vertical pressing exercise in existence.

First things first, if you think that the strict OHP is a strict press then you have no idea what the word strict means until you try out the Z Press. The Z Press is just as strict and humbling as regular OHP’s and it will build boulder shoulders! Of course, the Z press is not better, but its just a different variation that is very effective and if you want to make it a main movement then you could do that too. I personally like my rear delts get more stimulation from Z Presses than regular presses which is something that I will get to in the next tip.

2.THEY HIT YOUR UPPER BACK THE HARDEST OUT OF ALL PRESSING MOVEMENTS

I have NEVER felt my upper back working so hard during ANY form of vertical or horizontal presses. When you are done a HEAVY set of Z Presses you literally feel like you just finished doing a set of T-Bar Rows and when you wake up the next morning your upper back feels sore. Now I am not going to get into the whole “if you aren’t sore then you aren’t making progress”, but the fact that my upper back gets sore when I wake up after a day of Z Presses along with the fact that my upper back size has improved tells me that there is some stimulation going on there.

I’ve said it in countless articles that if you want to get a MASSIVE upper body then the most important muscles are the shoulders, upper back, traps, neck and forearms. When looking at somebody from the side view its really the upper back and glutes that you are going to see so if you don’t have a big upper back then you are already going to look small.

Luckily for you, the Z Press hits the shoulders and upper back hard while the traps and neck also get some pretty decent stimulation as well. 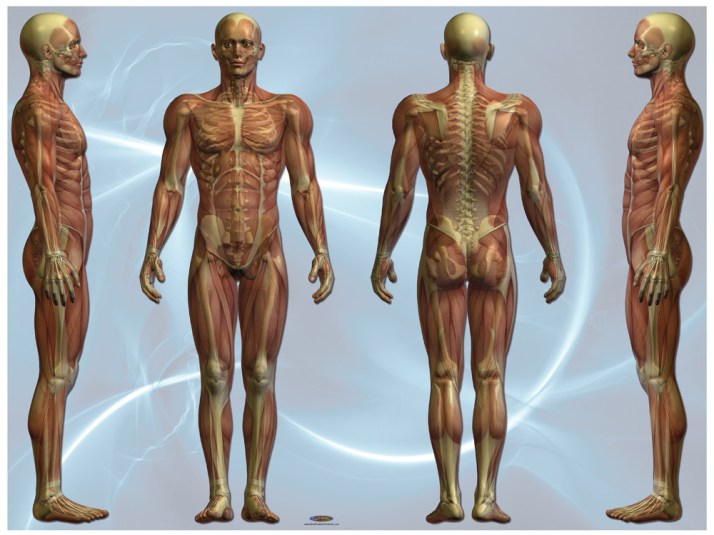 This is why you want to put more of your focus on vertical presses instead of horizontal presses if you want to look massive because that is what is going to give you the size that you are really looking for.

Remember that benching isn’t going to hit your upper back and shoulders as hard as vertical presses along with Z Presses will so you might as well put more of your emphasis on overhead pressing variations if you want to get really jacked.

One of the most important reasons to do Z Presses lies in #3. The fact that the Z Press forces you to keep your whole body tight while hitting your upper back in an isometric fashion forces you to stay upright because if you lean back then the set will pretty much be done.

The bad thing about benching a lot is that tight pecs can literally screw up your posture if you don’t stretch. So if you are trying to do your rowing variations with really tight pecs then you will be doing yourself a huge disfavor because you will just be asking for shoulder problems down the road.

Although when you do a lot of vertical pressing you don’t get tight pecs and plus you get more core stability along with upper back stimulation so you could imagine how much your posture will improve if you switch over to primary focusing on your vertical presses.

My posture wasn’t always as good as it is today and although it still isn’t perfect, there is definitely a very noticeable improvement in my posture.

Before I move on to the next benefit, some other important factors that come into play with the Z Press are trunk strength, hip flexor mobility, lumbar/thoracic health and hamstring flexibility. So if you don’t already have some of those factors dialed in then this may not be the exercise for you right now.

4.BUILD THE LONG HEAD OF THE TRICEPS

For all of you who don’t already know, the long head of the triceps is actually the meatiest part of the upper arm, its where most of the mass is. You can have a lagging lateral head and biceps, but if you have a HUGE long head then your upper arms will still look pretty big which is good because the long head gets hit with indirect work.

Although if you really want to take your OHP to the next level then you will need to incorporate some direct overhead tricep work because it will have a big impact on your lockout strength.

Since you have nothing to lean back against like you would if you were doing a seated shoulder press, this makes the Z Press a true measure of dead-stop pressing power. I honestly can’t think of any harder way to press a barbel which not only makes it humbling, but you will be fixing a lot of weak links as well.

If you are struggling on adding some pounds to your OHP and you are weak when it comes to getting the weight off of your chest then the Z Press will help fix that because if you get good at pressing weights from a dead-stop then imagine how strong you will be on something like a push press, a strict press done in a touch-and-go fashion or even a seated barbel shoulder press with some additional leg drive?

I have to say that you shouldn’t expect miracles from the Z Press either because at the end of the day its just an assistance exercise, but it really is a bang-for-your-buck movement that will help you out a lot.

7.THEY HELP DE-LOAD THE SHOULDERS A BIT BECAUSE YOU CAN’T GO VERY HEAVY

Another good thing is that doing tons of push presses and heavy OHP’s could cause some wear and tear on your shoulders overtime if done too heavy and excessively, but the fact that you will be doing the Z Press as an assistance movement means that you won’t be able to use as much weight.

This means that the Z Press allows you to get a better training effect in with less weight which is good and it goes to show that you don’t need to overload all of the time on every movement. For example, exercises like rack pulls are good to have in your program, but that’s not to say that you wouldn’t benefit from other back exercises that don’t allow you to go ultra heavy such as a strict Pendlay row.

8.EASY ON THE LOWER BACK IF YOU PRESS OFF OF PINS

A lot of people say that Z Presses are hard on the lower back and I could kind of understand where they are coming from, but I personally do them off of pins in a power rack and have found that if you let the bar sit on the pins in between each rep then it allows your spine to “de-load” because it means that your lower back is only under stress for a few seconds and then it gets a second to rest.

The same thing can also be said about an exercise like a Pendlay row because if you do regular bent over barbel rows then you back could get tired from time to time, but in the Pendlay row you are setting the bar on the floor at the bottom of each rep so you get that explosive power along with less stress on the lower back.

As you can see the Z Press offers a lot of things that you can’t typically get with most presses which is why I incorporate at least one Z Press variation in ALL of my programs and you should do the same. Some of my other favorite variations are Closegrip BB Z Presses, DB Z Presses, Thick Bar Z Presses and Band Resisted Z Presses.

Another thing that you want to remember is to stretch out your hips if you want to do a Deadlift, Squat or leg press variation afterwards because the Z Press does tend to tighten up those hips.

Zydrunas will be pround that you will be using the exercise that he made up to build up your press, always learn from the best.

Start incorporating the Z Press in your program if your body allows you to and you will thank me later!