Here at Fitworld exposed we are more into the Bodybuilding/Powerlifting world, but the Olympic weightlifting world is an extremely interesting, technical and strong sport that we would love to learn more about because certain concepts, ideas and tips with this style of lifting could still be implemented in certain routines for a variety of different reasons which is why we are just going to throw some random questions at you! 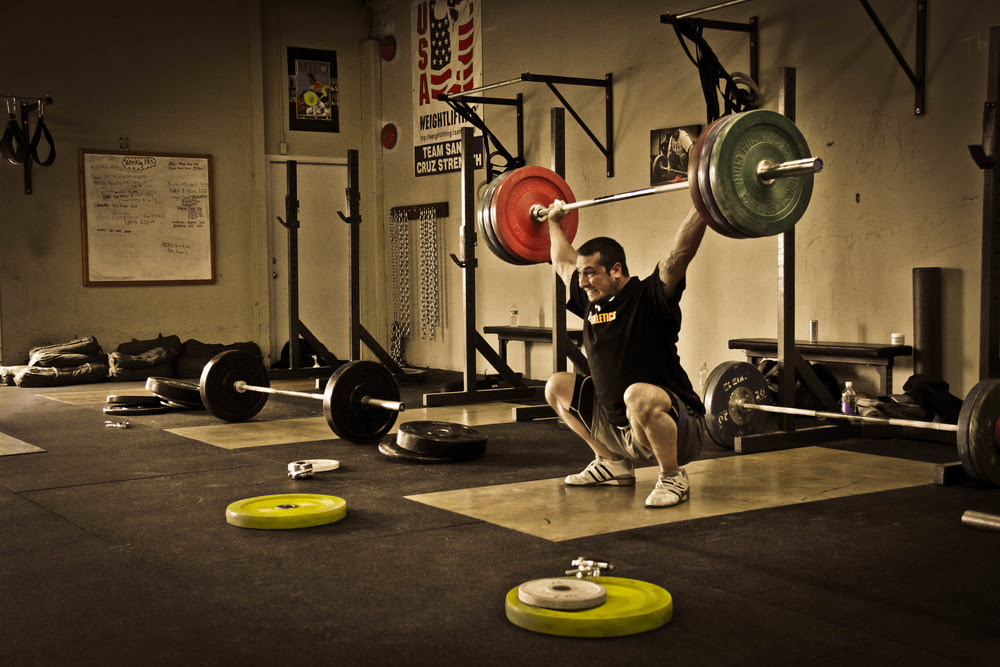 Describe what Olympic weightlifting means to you and why you think it is one of the most unique styles of lifting?

To me it’s about as pure an expression of athleticism as you can find. It’s a single athlete competing in reality against him or herself with nothing but a very simple implement that allows very objective measurements of success. It may seem like an extremely limited sport in the sense that you compete in only two lifts, both of which have the same purpose, but those two lifts require an extensive array of physical and mental attributes, including strength, power, speed, mobility, balance, precision, timing, focus, confidence, discipline, aggression and self-control.

How often do the Catalyst Athletics trainee’s train on average on a weekly basis (ex: 5 sessions per week)?

Typically 5-6 sessions per week, but occasionally some will train as many as 9 with double days 2-3 days/week.

How long do the sessions usually last and how is a typical Olympic Weightlifting program usually set up?

Sessions are usually 2.5-3 hours including warm-up and accessory work (e.g. back and ab work and any pre-hab or beach work). A typical session will involve 3-6 primary exercises, i.e. barbell lifts, with a focus on one competition lift (snatch, clean, jerk or clean & jerk) and then related lifts. For example, a snatch-focused session would include some kind of snatch variation, some kind of snatch pull or deadlift variation, maybe a snatch overhead lift, and probably a squat. This isn’t always the case, but it’s common. My lifters always snatch and clean & jerk in the same session at least once weekly to always be conditioned physically and mentally for competition. After the primary exercises, they’ll usually do some back and ab work and when we’re not close to a competition, 2-3 days/week, they may do some bodybuilding-type exercises.

If you had to train somebody who has never done any Olympic weightlifting, but has done bodybuilding and Powerlifting in the past then what kind of programming would you put him/her on to become a better weightlifter?

In those cases you have two primary objectives—teaching them the competition lifts and improving mobility to allow the lifts to be performed properly. People coming from bodybuilding and powerlifting more often than not have very limited mobility, particularly in the context of weightlifting, which demands a great deal. This is easier to do when they have a good strength base because you don’t need to simultaneously work on getting them stronger—although in most cases you have to get them stronger in the proper postures and movements (for example, a powerlifter is typically going to be strong in a more posterior-chain dominant squat style with the hips pushed back and trunk inclined significantly, which is minimally useful for weightlifting). A lot of people on the internet say that the Olympic lifts are EXTREMELY technical and hard to learn, are they really that hard to learn or are people just exaggerating a bit on their end?

How difficult they are to learn is more related to the athlete in question than the lifts themselves. A naturally talented athlete will learn them very quickly with very little instruction, especially if learning at the proper age. An adult with little to no athletic background is going to struggle to learn them for years and never reach mastery. A good coach can teach anyone to do the lifts reasonably well given enough time, but no coach can make a world champion out of someone who simply doesn’t have the motor skills, just like you can teach simply anyone to be phenomenal at math if they’re not hardwired for that skill.

Assistance work can have a lot of definitions in the context of weightlifting . If you define it as anything but the two competition lifts, then most lifters do a huge amount of it. The most common will be variations of the competition lifts (e.g. power snatch, clean, jerk or hang/block snatch/clean), then squats, then pulling variations, then overhead strength work variations (e.g. push press, overhead squat, etc). It largely depends on the methodology the lifter uses.

With regard to assistance work way outside that, again, it varies considerably among lifters. My lifters do a decent amount of work like rows and pull-ups, pressing, and sometimes bench pressing (usually incline), at least during preparation phases of a training cycle (i.e. not in the last 4-6 weeks leading into a competition). We’ll do some of what we call beach exercises, e.g. curls, far out from competition for some hypertrophy, joint conditioning, and general balance/orthopedic health. And of course, ab work every training day, and plenty of back work from good mornings and stiff-legged deadlifts to back extensions.

As somebody who is more in the bodybuilding world and likes to do a lot of standing strict presses, do you find that push presses translate into a strong strict press or do they not have a really good carryover?

As somebody who likes to train for size, I rarely ever do shrugs because I find that my traps grow better from Snatch Grip High Pulls done for low reps. When and where do you incorporate snatch grip high pulls into an Olympic weightlifters program?

We do snatch high-pulls pretty regularly in preparation phases, but not all of my lifters will do them. I use them primarily with lifters who have trouble extending forcefully all the way up in the snatch or who need to reinforce the proper upper body mechanics of the pull under the bar. We never use them for hypertrophy specifically.

You need some strong and stable shoulders to do heavy behind the neck push presses, do your trainees do a lot of direct rear delt and rotator cuff work?

Behind the neck pressing and push pressing are the best strengthening exercises for behind the neck work! However, people need to understand that a lifter has to be adequately mobile for them to be effective and appropriate—if you can’t press behind the neck properly, it’s not going to help you. Rows help, and in those and all overhead work, we focus on forceful scapular retraction and stabilization. Proper overhead position is critical as well as it relies primarily on bone structure and is protective of the shoulders.

Do your trainees do any single leg work from time to time to de-load the spine, add training volume while still getting stronger?

Not to de-load the spine, but we use it for hip strength and stability and general unilateral strength for the split jerk. I never use it as a substitute for squatting, but in addition to squatting.

How does the typical Olympic lifting trainee peak for a competition? Does he or she max out a week before, few days before or?

This varies among lifters, but generally speaking, lifters will stop trying to build strength 4-6 weeks out and simply maintain it while emphasizing the competition lifts for heavy singles. This period of time allows the lifter to strip away the fatigue accumulated during the preparation phase and refine lift technique and consistency, bringing back speed and accuracy and confidence to prepare for the competition. Typically a lifter will take the last maximal clean & jerk 1-2 weeks out and the last maximal snatch 1.5 to 1 week out. The final week is usually very minimal volume, although there still may be some pretty heavy snatch and clean & jerk singles the first 3 days.

Do your trainee’s incorporate any bodyweight type of movements such as Pull-ups, planks, handstand pushups..etc for extra volume and strength?

I’m a big proponent of pull-ups for shoulder strength, stability and mobility for all athletes, and I think they’re important for weightlifters in particular. Planks (usually weighted) are an exercise we do regularly as well.

Do you feel like Olympic Weightlifting is getting the respect and recognition that it really deserves or do you find it a bit underrated?

Internationally it’s hugely popular and garners a lot of respect. In the US, UK, Australia and Canada in particular, it’s still a very obscure, underrated and underappreciated sport. This has improved somewhat in the last five years, but it still lags far behind even a sport like gymnastics, which itself is very small in the US.

Couldn’t care less. Anyone who wants to do them and finds them beneficial should use them.

Do you think that Powerlifting will ever make it to the Olympics and why?

No. The two main issues are rampant, obvious and admitted drug use, and the existence of a million different federations. It would take organizing the entire sport into a single national federation per country under the umbrella of a single international federation, and at least a genuine effort to implement legitimate drug testing for it to ever have a chance; a third issue would be gear, which I suspect the IOC would want to be minimal. My sense is that the chances of those things happening are about zero, but I have nothing at all to do with powerlifting, so that’s a complete outsider’s perspective that may not be at all accurate.

Thank you for your time!

If you want to see more of Catalyst Athletics then check out: