First off, thefitworldblog.com welcomes you and thanks you for being a part of this Q&A! For all of you who don’t know, Matthias is a professional and dedicated arm wrestler from Germany who is known for his elite level strength and he is also known as the real life Popeye.

Here at Fitworld Exposed we talk a lot about how the key to getting bigger arms all lies in the forearms and arm-wrestlers exemplify this because a lot of them don’t have the biggest biceps/triceps yet their arms still look massive. On the other hand you have a lot of people who train at commercial gyms who are blasting their biceps and triceps like no tomorrow, but yet their arms still look small as a whole and that’s because they haven’t developed the outer extremities of their arms.

I always say that whenever you want to get good at anything you always want to take advice from the best and arm-wrestlers have some of the biggest and strongest forearms and hands on the planet because their sport revolves around that (along with technique and a bunch of other factors).

Not only could we learn about getting bigger forearms from arm-wrestlers, but we could also learn tips on arm-wrestling techniques and other interesting stuff relating to the sport because lets face it, arm wrestling is one of the most alpha sports out there. I personally feel like its an underrated sport for the most part and doesn’t get all of the love that it deserves and that’s why its part of my duty to spread the word on these amazing athletes because they deserve the attention!

Lets get into it!

First off, how does it feel to look at your forearm and know that it is one of the biggest ones in the world as far as body to forearm ratios are concerned?

I don’t feel special or thankful for my forearm. It is completely normal for me, so I don’t pay so much attention to it. I was born like this and can’t imagine that it would be different. Every person has his package to carry. 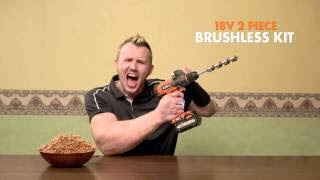 For the readers who don’t already know, how long have you been arm-wrestling for and when did you start making a career out of it?

I started in 2004 when my mother found a flyer in a petrol station. It was for a local arm wrestling tournament for beginners. I was 16 and I went into this small bar in Haldensleben and I only weighed 65kg and had to enter the 95kg-class. All these bigger men were laughing at me, but when I beat them all the men changed from laughing to respect and the rest is history.

Do you look up to anybody in the arm wrestling community or do you just motivate yourself?

with these guys to the tournaments. There are many great guys in the world of arm wrestling, but I don’t have

an idol or someone like that. I try to do my best on and off the table to write my own story.

What is your biggest goal for this year?

I am not focused on a certain win, of course I want to win at the EAF Europeans, WAF Worlds and Nemiroff World cup,

but I have to get the right shape and have to stay healthy. On a good day I can beat everyone. How many days are you currently training per week?

When I prepare for such big tournaments I train 6 days a week for one to two hours.

What does a typical workout look like for you without getting into too many details?

Would you ever consider going up in a higher weight class or are you good in the one that you are in right now?

On national and international level I entered higher classes from time to time and did well. For the European or World cup I am fine with 70kg. I think I could do well also in the 75kg division, but I want to win and not just do well. At the moment I don’t plan to gain weight and I am a hard gainer so I never had more than 74kg. 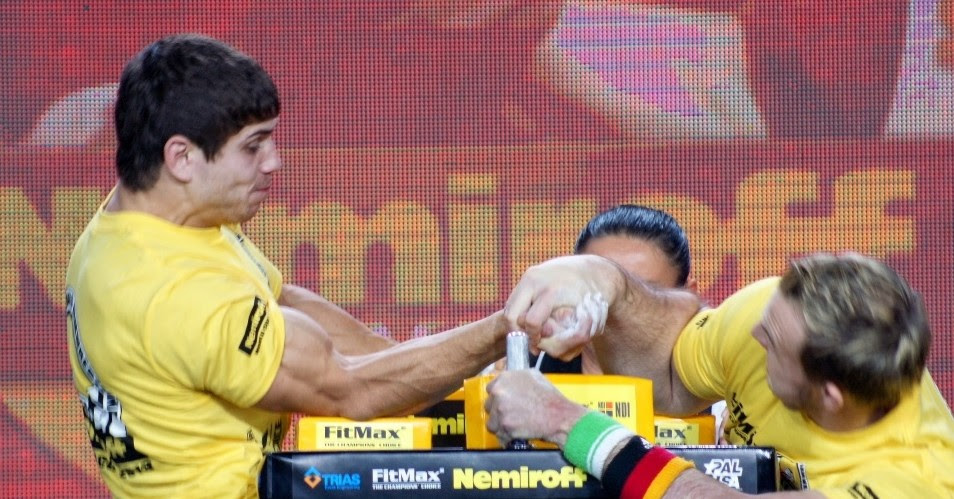 Do you ever incorporate 3 inch+ handle work in your training? In other words how fat are the handles that you train with?

I use the FatGripz extreme from time to time, but I am not focused on thick bars. I often use grippers while driving to improve my hand strength.

Do you ever incorporate any Farmers walks into your training?

I like this exercise but it is not in my normal routine.

Do you incorporate any sledgehammer levering work into your programming?

Near my house is a former black smith and a while ago I used the hammer to work on my wrist, but at the moment I prefer pull ups and hammer curls.

I cycle from time to time, but usually I skip the leg day.

What is the most weight that have ever strict curled?

I did a hammer curl with a 52kg-dumbell.

I’ve never arm-wrestled anybody in my life, what are 5 basic and critical tips that you could give me to start off if ever anybody challenges me?

It is a very technically and complex sport. So power doesn’t matter as much as you think. If you try to bend your wrist, look at your hand and keep your forearm as close as possible to the biceps than you have a good chance to win. Very important is to bring your body behind your arm to avoid injuries.

I am not a man of numbers. To get strong arms I can recommend pull ups, push ups and hammer curls and of course arm wrestling. I don’t know how much inch you will gain, but I can guarantee that you will become stronger.

What is the funniest moment that you have had during arm-wrestling up to date?

2009 at the WAF worlds in Italy I had a match with the Turkish champion. During the match our hands slipped out and while this happened, I punched myself and passed out. That was the first knock out in the history of arm wrestling. After 3 minutes I was back on track and won my match. The crowd went crazy.

Do you know anybody who has the same forearm to body proportions as you or are you the only one?

There are a couple of guys who have a stronger right arm, but I am the only one like this- I guess.

What kind of music do you listen to?

I love heavy music and often visit concerts. Motörhead is one of my biggest favorites and I went to
many concerts of them. So I am very sad about the dead of Lemmy Kilmister. I also love Limp Bizkit, Iron Maiden or Offspring… and I am German… so I love Rammstein.

If you want to know more about Matthias Schlitte then you can find him on: